Most people don’t think of the riding crop as a safety instrument, but it is.

I’ve held this belief for years, ever since my riding days, and I recognize that there are many out there who do not share it. I hope you’ll hear me out as I offer another side to this debate.

I’ve been thinking about the riding crop, a lot, since 2008. That was the year the cushion crop was introduced widely in the U.S. I was based at Delaware Park then, and we were simply told one day that we would be using it. I liked the idea. The added padding on the contact end, also called the “popper” made it gentler on the horses, a good thing, but the more I used the new model, the more I began to consider ways to improve it.

The perception of the riding crop is that it is an instrument used to force the horse, through pain, to do something the animal otherwise does not want to do. I can tell you honestly, I have never used it that way. It is a tool for encouragement ‒ yes, to ask an animal for more speed, but also to offer reminders to maintain a straight course, or to urge a horse out of a spot that is unsafe. Sometimes contact is not even required ‒ the mere sight of it is enough to keep a horse’s mind on business. I considered it a vital tool to help me maintain control of my mounts and help my fellow riders maintain control of theirs, thus keeping us all safer. Every horse is different, and I rode many races in which I did not use the crop at all, but I can think of only one in which I did not carry it 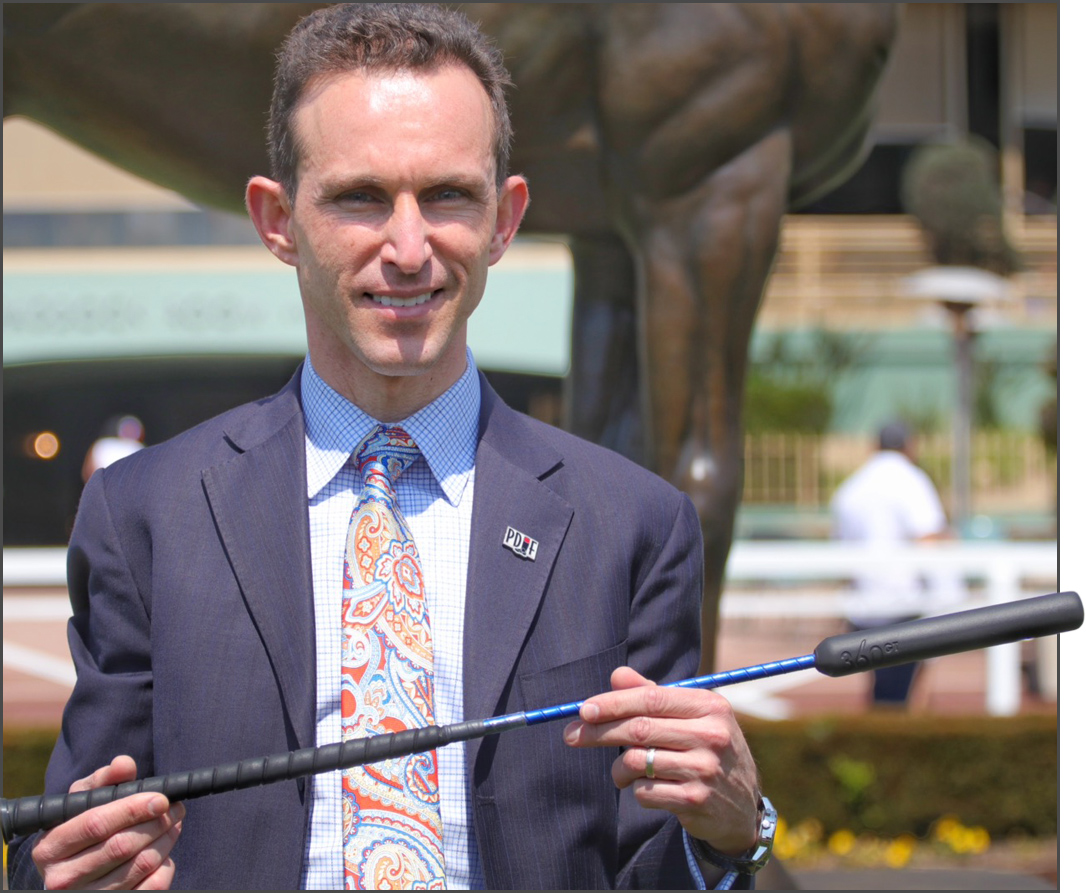 As I adjusted to the cushion crop back in 2008, I noticed some things I thought could be improved. Although the new crop offered padding on impact, the design wasn’t flawless. It still had hard, uncushioned edges, and early models would break down and absorb water, totally changing the way they handled. I didn’t like this kind of variability in my equipment, and I began tinkering to build a crop of my own. The idea was to create something padded without edges or seams ‒ no place for water to get in, and no stitching that might abrade a horse’s skin.

My early prototypes involved a bicycle inner tube. It wasn’t ideal, but it was a step in the right direction. I worked on it on and off for years, eventually patenting a version in 2011. At that point, my riding career didn’t leave much time for side projects, but I never gave up on the idea of creating a better crop. When I was forced to retire due to injury in 2013, it was natural that I would turn back to the idea. Eventually, I got some help, partnering with fellow rider Carlos L. Marquez, who is a gifted craftsman and had himself been dedicated to improving the riding crop for years before we joined forces. 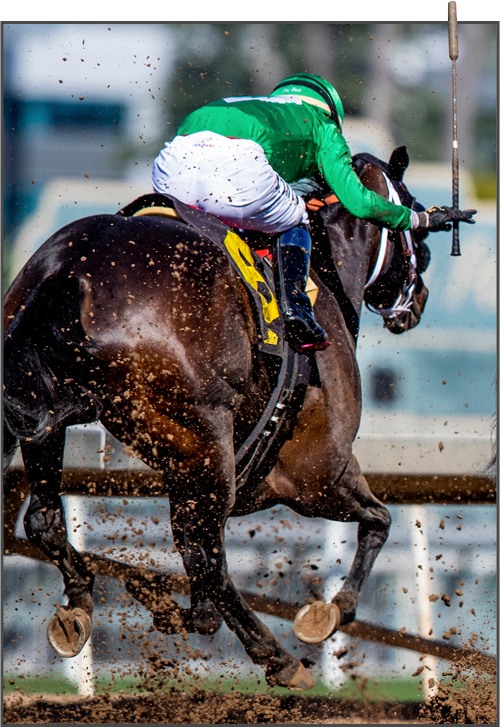 The 360GT ‒ GT stands for gentle touch ‒ is the product we have since introduced to the racing world. It combines a cylindrical waterproof foam popper on a traditional shaft similar to what has been used in riding crops for years. Not only does it offer better shock absorption and consistency, but it also incentivizes safely through sound, with an audible pop on impact. It repackages a key safety tool in an increasingly equine-friendly design.

It is the crop I wish I’d had years ago. In many ways, it has reignited my passion for the sport, as I have watched countless experiments evolve into something that can improve the experience for riders and horses alike. In recent weeks, it has been so rewarding to see the 360GT carried by my colleagues and friends ‒ into the winner’s circle in three Grade 1 races and counting ‒ and to reanimate a conversation about a piece of equipment that I believe has been misunderstood.