When jockey Manuel Franco and Tiz the Law step onto the track on September 5th for the Kentucky Derby, the duo will be riding high on waves of support from their fans. For Franco, many of those waves roll in from the Atlantic Ocean, emanating from his home of Puerto Rico. 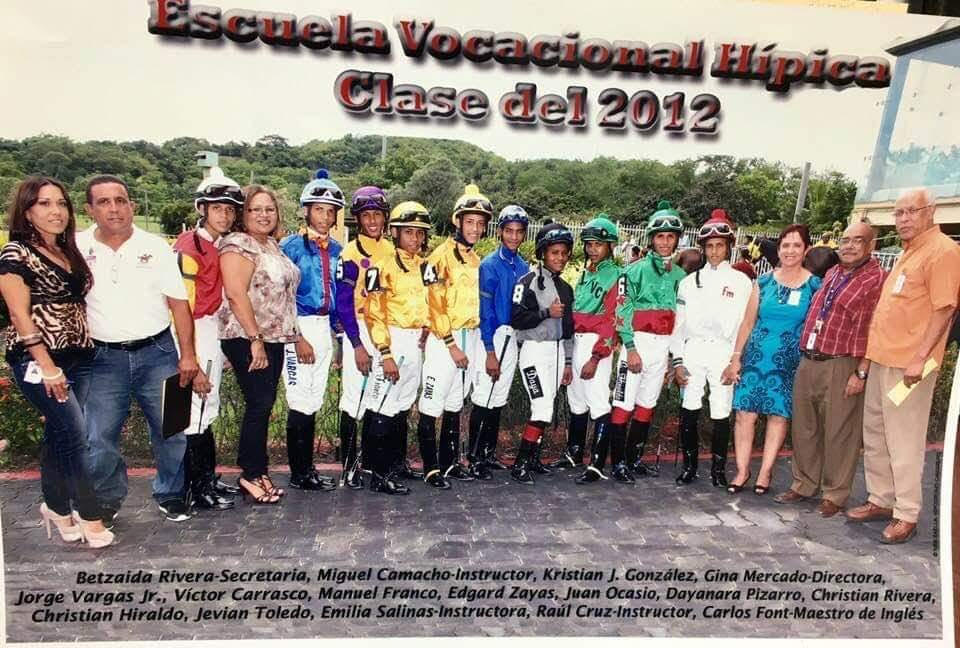 Since the Puerto Rican jockey school (Escuela Vocacional Hípica Agustin Mercado Reverón) opened its doors in 1960, its alumni have won 9 Eclipse Awards in the last 15 years, and they have received many additional prizes and much recognition. Given that approximately only 10 riders graduate from the school’s 2-year program each year, the fact that the jockeys are dominating riding awards and track titles in the U.S. is all the more impressive. Franco plans to add to that list with this year’s triple crown races.

Jockey José Luis Ortiz, who was a classmate of Franco’s at the Puerto Rican jockey school located at Camarero Racetrack in Canóvanas, Puerto Rico, praised Franco, describing him as “the complete package” as a jockey. “He is strong in all parts of the race on dirt and he is also a good turf rider. He’s a great closer in the backstretch. He is more than ready for the upcoming ride on Tiz the Law in the Kentucky Derby.”

Jorge Vargas, a multiple G1-stakes winning jockey currently riding in the U.S. and a former classmate of Franco’s at Puerto Rico’s jockey school, agrees with Ortiz’s positive assessment. “Manny gets a horse into a good position, and he is such a strong jockey in the stretch. If you’re riding against Manny, you’ve got to be ready to compete against his driving finish,” recalled Vargas. “There isn’t anything Manny can’t do, he is a very smart and talented rider.” 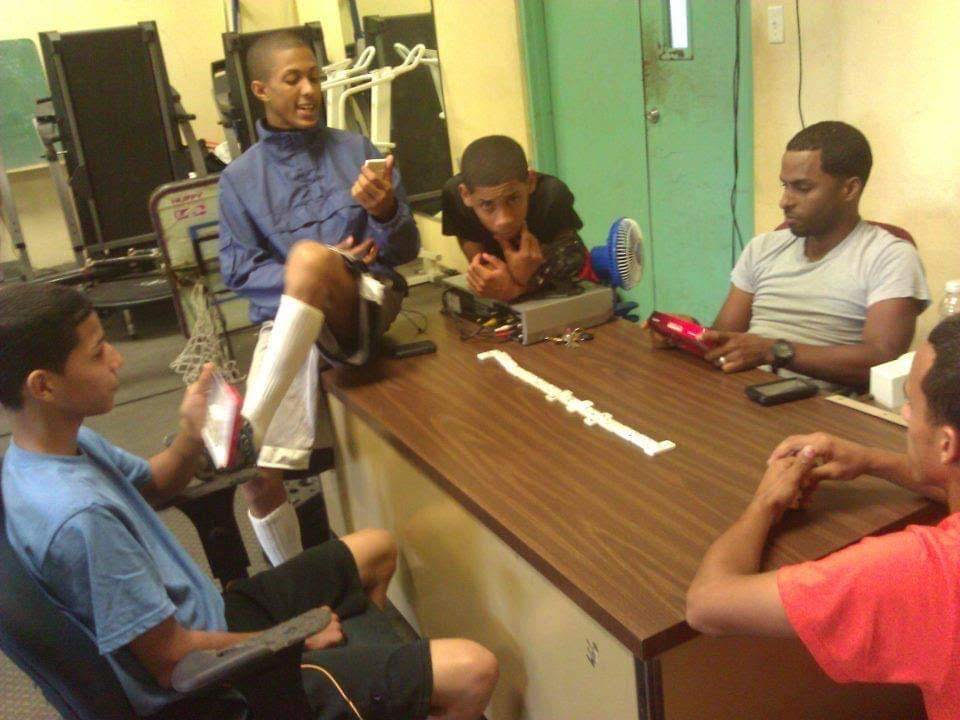 Given both their shared training and friendship at the jockey school and on the racing circuit in the U.S., Vargas and Ortiz know Franco well. “In the student races at the jockey school, Manny was always coming after me, we competed,” chuckled Ortiz. “”But he was always a good guy, he worked hard.” Irad Ortiz graduated first from Puerto Rico’s jockey school and José Luis Ortiz completed his studies a year later. Franco graduated the following year and stayed in Puerto Rico to win an impressive 22 races in 2 months at the competitive Camarero Racetrack. His first win was aboard Skylight Citizen.

After graduation, it is often hard for apprentice jockeys to get trainers to select them for a race. In addition, young jockeys are often in a hurry to go to the mainland U.S. and commence their riding career there. “Manuelito wasn’t like that,” recalled Emilia Salinas, a former jockey and an instructor at the Puerto Rican jockey school. “He wanted to polish his skills and ride and win at Camarero. He had patience, humility, and he took advantages of the opportunities to polish his skills before he left to ride in the U.S. Trainers at Camarero Racetrack saw his ability, and they looked for him to ride their horses.” Salinas and jockey school instructor Miguel Camacho both noticed that from the beginning Franco had good form and, equally important, a drive to constantly learn and improve.

Vargas remembers Manny’s determination and work ethic during his years at the jockey school. “My father was a trainer, my uncle Willie Lozano was a jockey and an instructor at the jockey school. I came from a racing family,” explained Vargas, “but Manny didn’t. He had to make his own way, he worked his way up, he earned respect on his own.”

Second-year jockey students face the daunting task of presenting themselves to the trainers at the busy track in hopes of getting a chance to exercise thoroughbreds at Camarero. The horses who already have riders fly by on the track while the horses cueing for their turn stand in open stalls with their grooms. The students approach the grooms and trainers and offer their services, both for that day, and hopefully, in the future. It is a humbling process, and a cornerstone of professional development for these young students. A few students are able to attract the attention of trainers and secure rides. Franco was one of them. “Jevian Toledo, Manny Franco and I would exercise 12-14 horses each morning for many trainers,” recalls Vargas. “We got the most rides every morning, trainers looked for us.”

Salinas remembers Franco’s early promise as a jockey and she remembers his positive attitude in class. “Manuel did not talk much, but he always had a smile for me. In fact, in the two years that I worked with him I cannot recall seeing him angry or irritated. He is humble and he wanted to learn, he listened. Those qualities, coupled with some natural talent and dedicated practice, are what opens doors for riders.”

When Franco did decide to make the move to the U.S. his friends and former classmates Irad and José Luis Ortiz invited him to live with them, which he did for several years. The connections and mutual support forged in the Puerto Rican jockey school continue into the jockeys’ professional lives. “We’d ride in the races and then the three of us would come home and watch the races and comment on them. Irad is older, so he taught both of us, he told us what we did well and what we needed to do better and we listened to him. We all learned a lot during those conversations.”

Franco debuted at Parx Racetrack, and then switched to Aqueduct Racetrack in NY, where he won within his first 2 weeks. His repeated successes during 2013 (130 wins, over $4 million in purse money) earned him the nomination for the Eclipse Award Top Apprentice Jockey of 2013. That year marked an honor not only for Franco but for the Puerto Rican jockey school, as all three candidates for the prize were graduates of the Puerto Rican training program: Victor Carrasco, Manuel Franco, and Edgar Zayas. In addition to numerous victories at the highly competitive racetracks of Belmont and Aqueduct, Franco was also lead apprentice jockey at Monmouth Park’s summer meeting in 2013. Franco built his career with over 1,000 victories and riding titles and multiple back-to-back meet titles on the competitive NYRA circuit (Aqueduct, Belmont, Saratoga racetracks) as well as with mounts in the Breeders’ Cup races. In fact, Franco is one of two jockeys to win over 200 races in a year on NYRA tracks, logging 212 victories. The other jockey to achieve this was José Lezcano, with 208 victories. Franco’s successes have logically led him to where he is today, the jockey for the Kentucky Derby favorite, Tiz the Law.

“Manuel Franco is a tremendous source of pride,” stated Salinas, “and if he wins it is a win for all of us: for the instructors at the Puerto Rican jockey school, for the jockey students, and for all of Puerto Rico. My students’ victories are my victories. Their losses are my losses. We in Puerto Rico are sending Manuel lots of positive energy.”

“When the horses go to the starting gate, I will be nervous, it is harder to watch than to actually be in the race on a horse,” said Ortiz. “I know Manny can do it. We all are hoping that this is Franco’s derby and everyone is supporting him 100 percent.”

“I always told Manny that it was only a question of time until the opportunity came along for him, because he’s such a smart jockey,” said Vargas. “If Manny wins, I will be so proud. Proud that a Puerto Rican has won the 2020 Kentucky Derby. And if that Puerto Rican is Manny Franco, I will be even prouder. I am wishing him the greatest of success, may he win!” 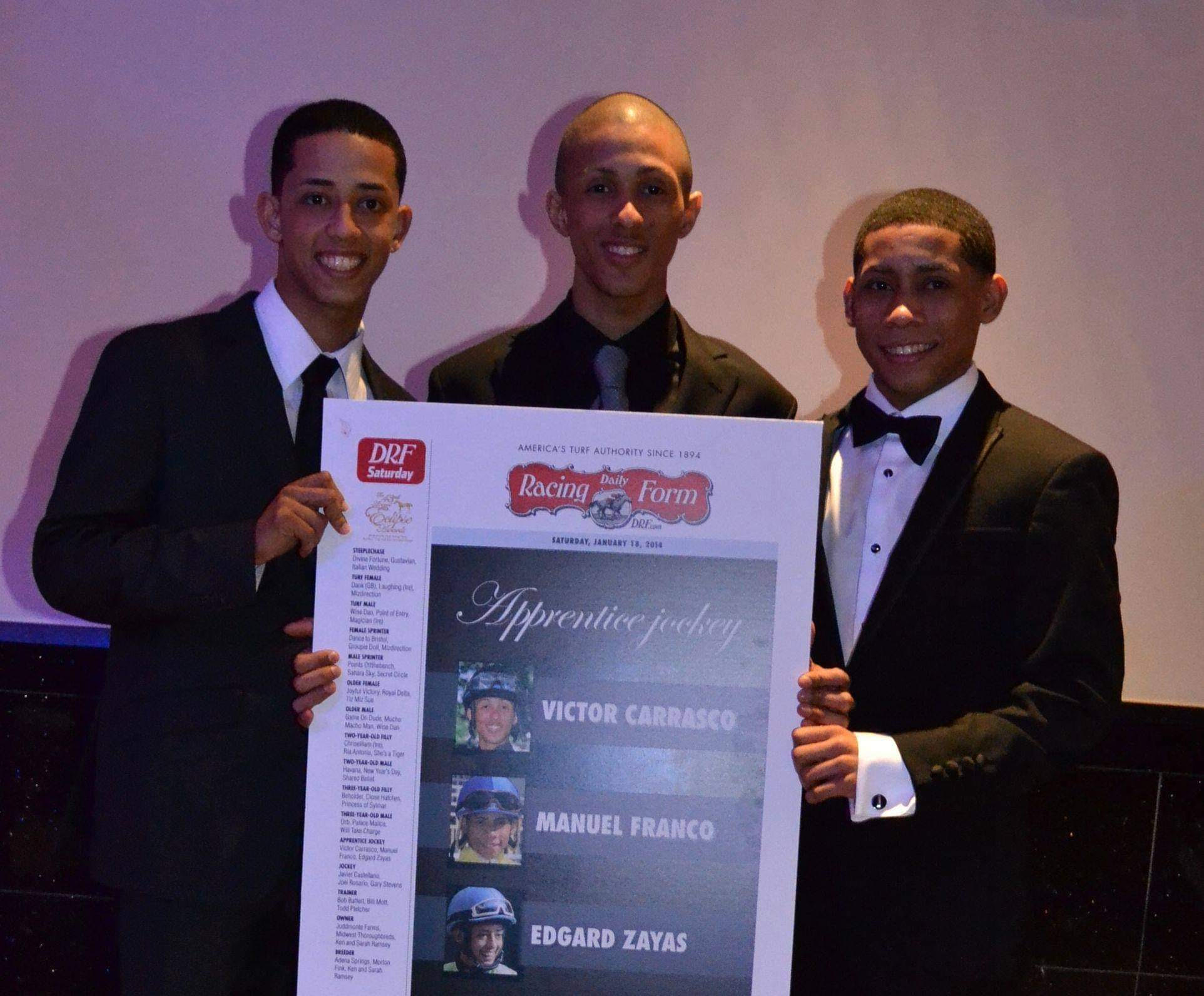 Thoroughbred Week’s Ramon Dominguez catches up with Manny Franco, the jockey of Kentucky Derby favorite Tiz the Law. Manny discusses Tiz the Law’s accomplishments and touches on some of the rivals Tiz the Law will face in the 146th Kentucky Derby.